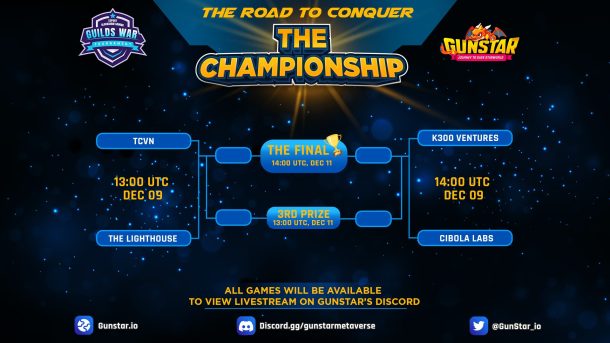 🔔Ting tong! The Organization Committee of Guilds War Tournament 2022 sends you the Quarterfinal’s results after a period of extremely suspenseful waiting.

👏Finally, congratulations to all 4 teams who will be calm, confident, and complete their part as well as possible to participate in the Grand finals.