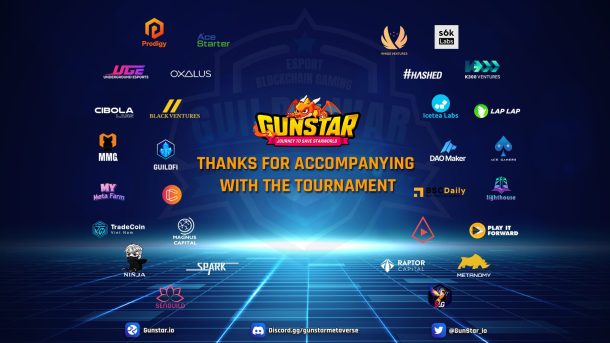 🙇After a period of preparation and implementation, the Guilds War Tournament has officially ended.

🙇On behalf of the Event Organizing Committee, we would like to express our deepest thanks to everyone who made the tournament a success.

🙇Thanks to Diamond Sponsor & Media and Diamond Backer & Partner for accompanying the tournament.

🙇Thank you to the audience in the community and the teams participating in the super Guilds War Tournament for taking the time to participate, follow and support the tournament.

🙇Finally, we would like to send our warmest thanks to the members of the Organizing Committee for making the tournament a success.

🙇In the tournament, there will inevitably be shortcomings, we hope you understand and sympathize with the organizing team.

👏Hopefully, the next event of Gunstar Metaverse will also be followed and supported. Sincerely appreciate what you guys have done!