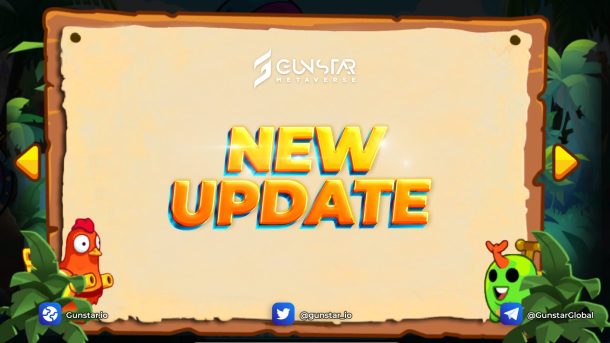 In this update version, Gunstar Metaverse will improve and optimize some features to deliver the best in-game experience to the players. The expected timeline will be from 07:00 – 11:00 UTC, July 12th 2022. Let’s take a look at some highlight upgrades below:

Gunners can merge the Pet Fragments + GSC + GSTS – The reward for the winners in the Boss stage to create the stronger Pets and defeat the Monster army to save Fantasy StarWorld. Details: https://docs.gunstar.io/whitepaper/the-game/game-play/nft-pet-system/pet-merging

Our Gunners will have more choices on their journey, They’re Generation-1 merged from the Merge Pet feature, please refer to the stats & attributes of these Pets below:

The Pet Generations system created and owned by the players will include some exclusive attributes like strength, lifespan, and regenerating energy. Our Gunners will need to research and understand these information to get more advantages, details as follow:

In order to diversify our gameplay and provide our players with more opportunities to increase their interaction with the game environment, we have added & improved these following features: Change the grocery interface, add more daily missions and the in-game announcement system to help the players update all the major news and the great chance to claim various attractive rewards from Gunstar Metaverse.

The users can change their avatar photo to personalize their account and increase the entertainment experience in our game. More importantly, the users’ avatar will be displayed on the Leaderboard & top ranking.

If you feel bored with your current in-game name and have a better name for your character, you can change your character name anytime you want after Gunstar Metaverse’s latest update version is released.